Enjoy one of our most popular school events for all kids. This is a lot of fun and the school year highlight they are all waiting for. Gingerbread house or also “Hexenhaus” decorating contest and our traditional Year end party at German School campus. Come and enjoy this day with the kid's and family. Please make your reservation, places are limited and they fill fast.

Please register today, just click on the link below – do not miss it!

We ask for a donation of $ 25 per Hexenhaus towards the material.

The day could not be more beautiful as we started on Saturday, April 20th at 3:00 pm with Easter Eggstravaganza.

After registration at the German School campus booth, families received for each child the participation tickets and three raffle tickets. Small toy items, balloons, and lollipops were already handed out.

Wonderful Easter pictures have been taken with the families or individual child/ren. Silly preps like frames, big sunglasses or event he huge white Easter stuffed bunny were appreciated in the pictures. Alex Morgenstern took professionally the pictures and Alwin printed the pictures right away to hand out to the families. A big thank you to Alwin Morgenstern

One German tradition is to color the Easter eggs and teachers took on this challenge to first broil 360 white eggs and then to help children in the Easter Egg coloring. We had two tables set up with several activities around Easter egg coloring. Colored eggs went fast.

The Potatoes sack hop was a fun activity in which teacher Michele Scofield leads the races. Children were encouraged to participate by age groups starting at age 4 to age 13+. To step in a sack and hop around parkour of cones was challenging.

The egg balancing or egg run was something some children never did before and as teachers we gave them support so all age groups could participate. An egg on a spoon needed to be balanced in parkour around cones.

Everyone was waiting for the countdown to Easter egg hunt in the village of Old World. As we had a long registration line, we got delayed on our schedule but as the eggs were spread out, we could not hold back the children and they ran to catch some eggs for their baskets. It was good to have very young children search first, then the school aged children. Those children who caught nothing could come to the German School booth and Frau Schoeneich filled their baskets with eggs or some treats. Two golden eggs brought 10 more raffle tickets for a family. Throughout all the games, children earned free raffle tickets.

The highlight became the Raffle and as all was free, families lined up to be present when the numbers were announced.

Several small prices like Lindt chocolate bunnies, scrabble games were handed out, before the last four big items were announced.
A big white bunny was the 4th price and got a new home with small children.

Peter Rabbit a big stuffed bunny was the 3rd price and was taken by a little girl.

The Old-World Supermarket Easter basket filled with German delicatessen was hand out to a lady who was so surprised.
Our first price Hoppel Schlenkerhase a stuffed bunny with the yellow button in his ear made by the company Steiff in Germany found a four-year-old boy who was sleeping in mothers’ arms but became awake as we hand him out, Hoppel.

What a wonderful event and I cannot thank enough the teachers and helpers on that day.

Easter is a feast that is often celebrated with the family.

Over the centuries different customs developed in the regions of Germany, which are cultivated today with much love and sense for tradition.

The long-awaited spring is coming into nature and can be admired especially at Easter time. In his lyrical classic “Osterspaziergang” (Easter walk) Johann Wolfgang von Goethe already described the Easter tradition of taking a walk-through nature.

Rabbits are the first animals to have their young in spring and are therefore regarded as a symbol of fertility. Rabbits and eggs are a sign of fertility.

Because the eating of eggs was forbidden during Lent, the hen's egg also played an important role as food. Because hard-boiled the basic food held itself long and could be eaten at the end of the chamfering period still with relish.

Today's Sorbian Easter eggs are based on an old decoration technique of the early Sorbs from Lusatia. Because according to Christian custom the work should rest on Good Friday, the Lusatian Serbs painted chicken eggs instead for the forthcoming Easter.
Easter is the best time to invite the family and sit comfortably at the richly decorated Easter table. The choice for the Easter biscuits ranges from the delicious yeast plait to the juicy Easter cake. In addition to all the delicacies you can bake, a fragrant Easter nest on the table will delight your tempers. The pastry is a yeast dough wreath with a red Easter egg in the middle. We wish: “Happy Easter”.
Before breakfast on Easter Sunday, it is a popular tradition for children to surprise with Easter eggs or nest in the garden or apartment.

At the family breakfast small competitions are fought out: Two hard boiled, colored eggs are beaten together with their tips. The one whose egg tip does not break wins and continues to play. This game is called “Easter Eggs Ditschen”.

A Free Family Event with lots of activities hosted by German School campus in Old World Village, Huntington Beach.
Traditional Easter Egg Hunt in the village, Egg race, Egg coloring and many crafts table organized by the teachers of German School, many games and lots of fun for everyone. Get a picture at the Silly Photo Booth, have your face painted and carry home many treats for Eastern.

Have your cute costumes on and join us for a fun filled afternoon for the kids and families with lots of activities hosted by the Teachers of  German School campus.

We start at 3:00pm , come in time to get the most out of all games and dances.

Old World will host with good food like the traditional “Currywurst”, with coffee and the famous “Berliner”, we never miss in a German style Carnival.

For questions to this event, please contact the German School
[email protected]

The “fifth season of the year” as Carnival is called, begins on November 11th at 11:11 a.m. But the real “crazy days” do not start before the so-called Weiberfastnacht (Shrove Thursday), the Thursday before Rosenmontag (Carnival Monday). The “crazy days” of Carnival are celebrated with parties on the streets, in public squares and in pubs. German School campus brings Carnival to Huntington Beach as our principal Frau Schoeneich is from the Rhineland!

A Tradition Through Generations

Can we assume that St. Martin (350 A.D.) still fits into today's time? As teachers we are always faced with the question whether “traditions oblige” and so we tell the students and parents the story of St. Martin and the beggar, when we came together on November 11th in Old World Village, Huntington Beach, CA, for the St. Martin lantern parade:

“It was cold that day. Mighty cold. The people preferred to stay in their houses, hardly anyone dared go out into the street. The wind was icy, it was snowing, and it was like it would never warm up again. But one was on the street that day, one who had no roof over his head, a beggar.
With his teeth clattering and half frozen, he squatted huddled together at the city gate. He had nothing clever to put on, he was almost naked. He whimpered from the cold. But another one was on the road that day. Martin was called the Man, a soldier on horseback. Quick as the wind he rode with a blowing cloak through the deserted streets. Still through the city gate and he would be at home.
But – what was that? Martin stopped the horse to trot more slowly. That was but – indeed! Somebody was sitting there. A man. Martin looked at him. Hardly he was wearing. And how he trembled with sheer cold. Next to him remained the horse.
Martin didn't think long. Without further ado he took off his coat, pulled out his sword and divided with it the cloak in the middle. He gave half of his coat to the beggar, and even before he knew what happened to him, Martin galloped away too.
The beggar gratefully wrapped himself in the half of his coat. How warm it was and how good it was. For a long time, he looked after Martin.” 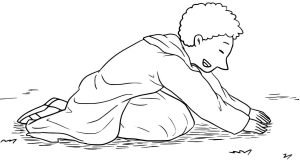 During the week we had a pre-relief session about St. Martin in order to illustrate the story to the students and how they can deal with a beggar today:
“Anyone can be a beggar, beggars don't just sit at the roadside. Beggars are sometimes among us – at school, in the family, in our free time, in the neighborhood; because everyone sometimes needs something that might be missing.
Sample: It is Tim who forgot his lunch at home. With a growling stomach he looks at Max, who is about to bite into his ham sandwich. Max notices that Tim is watching him. Without further ado he divides his bread and gives Tim half.
“What is divided here – how is a boy helped?”
Martin had a big heart for others.
“How can you help others or what can you share with others?
“Sometimes, I need help,
sometimes I can't do it alone,
I'll beg for advice then, or for a hand,
or around feet that accompany me.
Sometimes, I'm a beggar too.”

You are invited to our traditional annual lantern fest and St. Martins Parade. Bring your kids and enjoy the German Tradition of the parade.

We sell the beautiful lanterns. Please come to our canope. 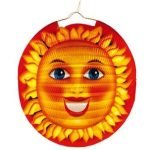 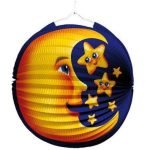 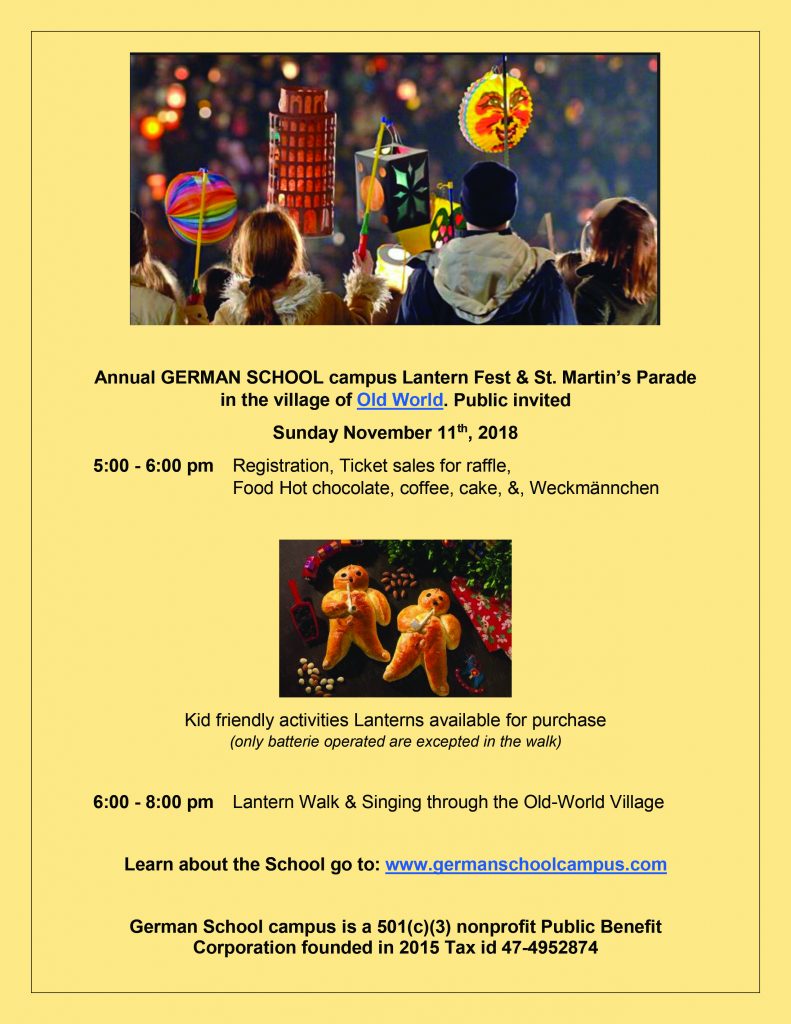