The “Karneval “event was celebrated yesterday February 25th, in the classrooms at German School campus in Newport Beach. It was our 2nd year of this great party.

School Director Frau Ursula Schoeneich is a native from the Rhineland in Germany, where “Karneval “is this week-end in full swing. Frau Ursula loves to bring cultural events to the students and five events are being hosted during the school year. 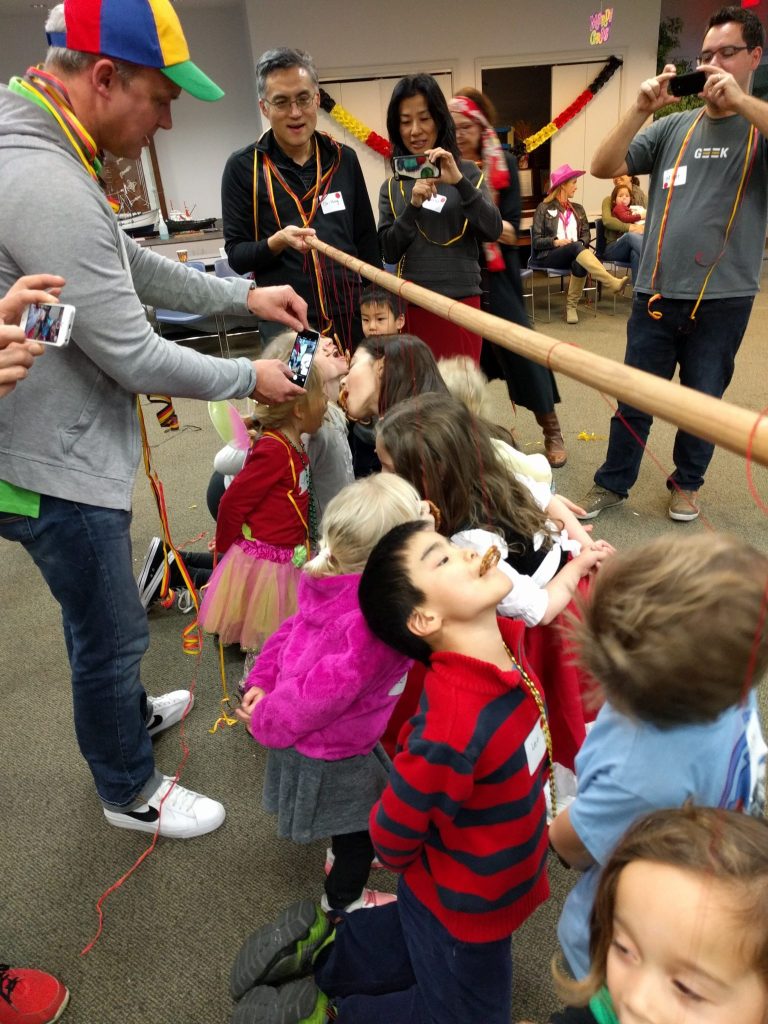 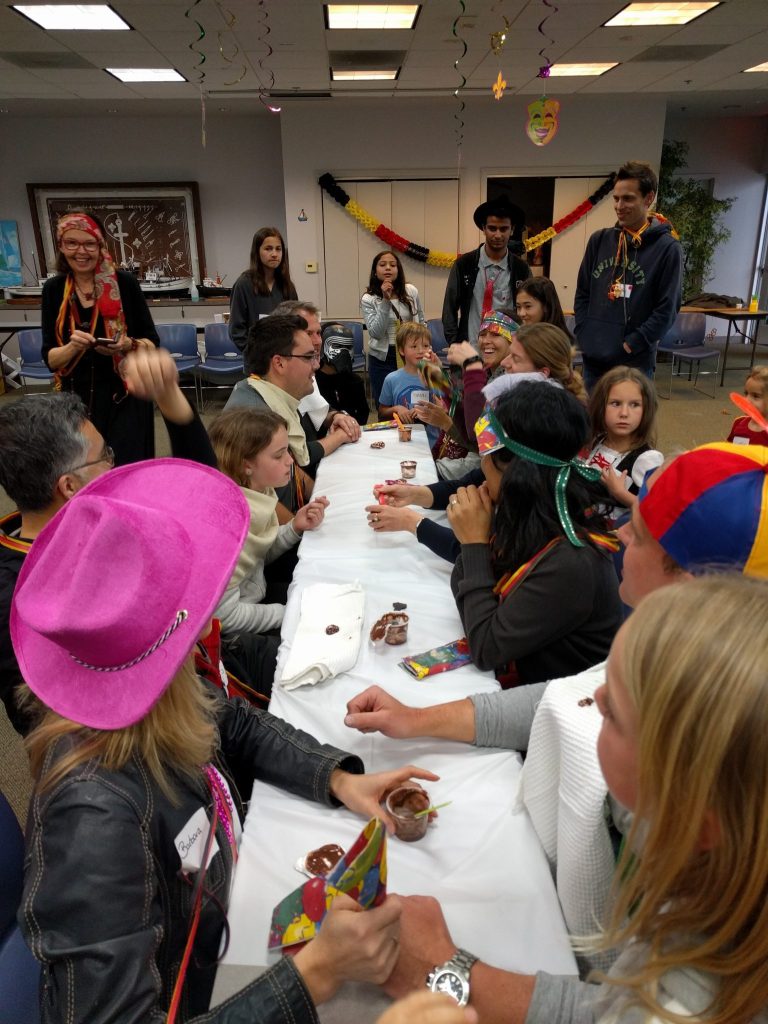 Together with Frau Ute from the Kinder Schule (4-6 year old’s) this event was fully sponsored by both schools. Music Teacher Frau Livia helped with a great music program. Lots of fun activities, games and dance moves. Students came with the entire family and brought also friends. We had students in creative costumes. The games were so much fun for young ones and adults: Parents fed each other with chocolate pudding as the eyes were blind-folded. Kids ate chocolate marshmallow so called “Schaumküsse’” in a competition. Pretzels on a string where the smaller kids competed with the older ones. They all danced to the music of Karneval. 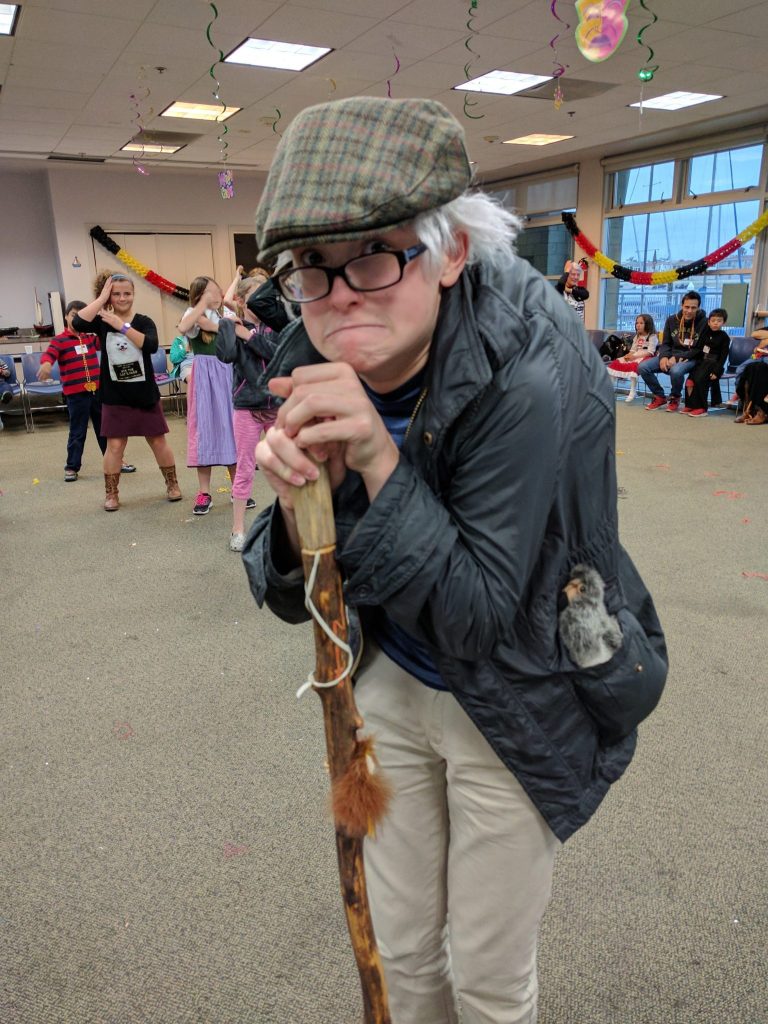 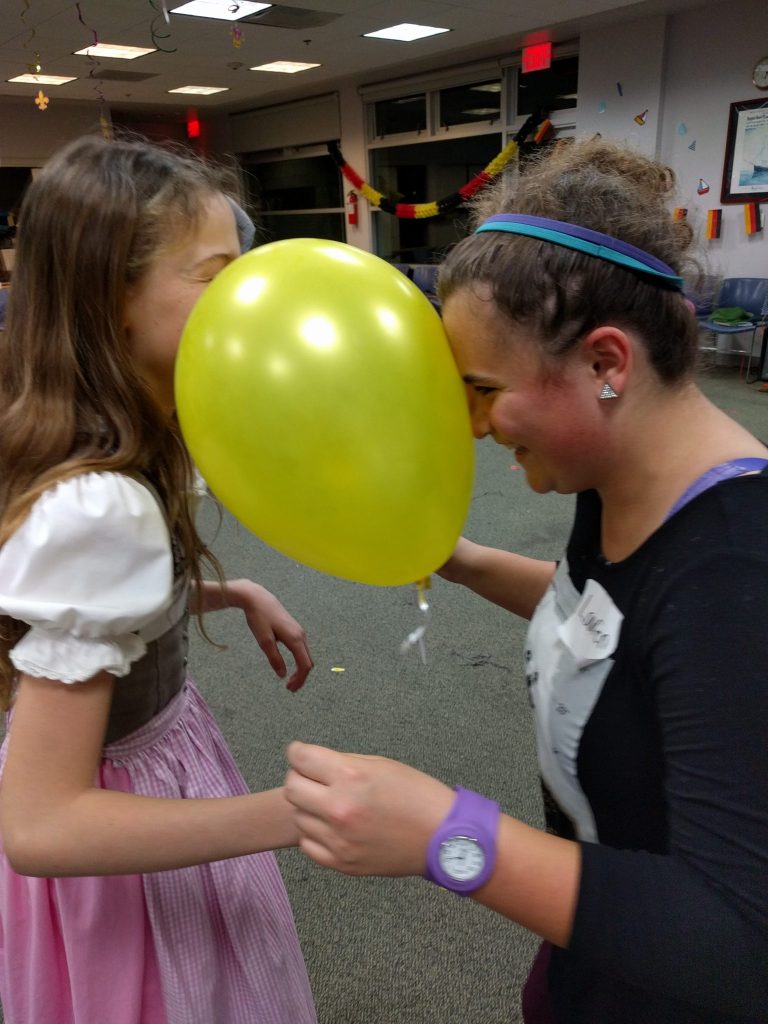 The balloon dances were the highlight. Wonderful prices were given to the winners. Children and adults got spoiled with donuts so called “Berliner”, coffee, tea, lemonade and later in the evening with Hot Dogs The final game of the evening was the circle where a gift box went from right to the left student. As the music stopped, the child who hold the box in hand could open it.

The teachers were thankful for the last group of parents who helped in clean up. Party ended by 6:30 pm.

This website uses cookies to improve your experience while you navigate through the website. Out of these, the cookies that are categorized as necessary are stored on your browser as they are essential for the working of basic functionalities of the website. We also use third-party cookies that help us analyze and understand how you use this website. These cookies will be stored in your browser only with your consent. You also have the option to opt-out of these cookies. But opting out of some of these cookies may affect your browsing experience.
Necessary Always Enabled
Necessary cookies are absolutely essential for the website to function properly. This category only includes cookies that ensures basic functionalities and security features of the website. These cookies do not store any personal information.
Non-necessary
Any cookies that may not be particularly necessary for the website to function and is used specifically to collect user personal data via analytics, ads, other embedded contents are termed as non-necessary cookies. It is mandatory to procure user consent prior to running these cookies on your website.
SAVE & ACCEPT
error: Content is protected !!